Alive Together at the Table through mission, ministry & evangelism 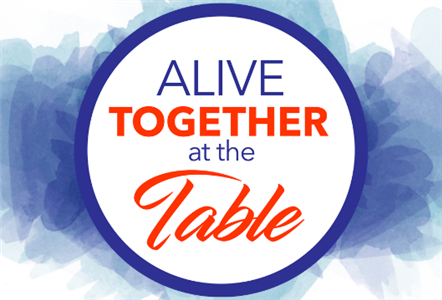 Churches throughout the conference continue to demonstrate the ways they are Alive Together at the Table through mission, ministry, and evangelism.

Emanuel UMC in Brunswick, Ga. is the recipient of the 2021One Matters Award given by Discipleship Ministries. This award recognizes churches with a renewed focus on discipleship through professions of faith, baptisms and growth. Each “one” in these categories represents a life transformed.

The mission of the church is to make disciples of Jesus Christ. A significant dimension of the disciple-making process is that of leading people to make a commitment to God through baptism and profession of faith in Jesus Christ.

The churches with the largest net gain in membership in each district in 2020 were:

The churches with the largest number of professions of faith in each district in 2020 were:

The churches with the best ratio of professions of faith in each district in 2020 were:

Every local church showing a net gain in membership for 2020 has been designated an Evangelistically Fruitful Congregation.

Fully Connectional Churches
Also recognized were those churches that were fully connectional in 2020 by giving 100% or more of their apportionments. Click here to view a full list.

Second Mile Giving is an exciting and significant element of the stewardship program within our connectional system at both the General Church and Conference levels. One official Second Mile Giving program within The United Methodist Church is The Advance for Christ and His Church. In 1948, the General Conference launched the Advance as a call to Christians to help rebuild a world shattered by World War II.

The first mile, or priority, continues to be for local churches to fulfill their commitment to the World Service Fund, Conference Benevolences, and other apportioned funds. Second mile stewardship through The Advance fosters partnerships between those who give and those who receive. Through Advance gifts, persons determine and support their own individual and local congregation’s giving priorities.

Local churches are challenged by the Conference Outreach Team to achieve stars of excellence in Second Mile Giving by:

The Carruth Mission Awards were inaugurated in honor of Rev. Carlton and Mrs. Augusta Carruth for their many years of faithful service and support of missions.