An Easter Message From Bishop Bryan: We have been given an inheritance! 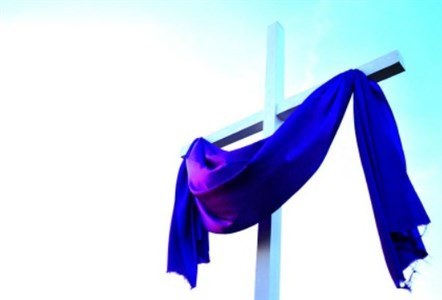 April 15 - the Monday of Holy Week - found the whole world watching as smoke and flames rose from the Notre Dame Cathedral in Paris. What a shock it was to see such an iconic structure being threatened by a roaring fire. The story of Notre Dame can be traced to the 12th century when ground was broken for a place of worship that has now survived for 800 years. I am glad the president of France has announced it will be rebuilt, but I am also reflecting on how things that seem so permanent can suddenly be so vulnerable.

Ironically, it was on April 15, 1912, that the “unsinkable” Titanic struck an iceberg and sank. More than 1,500 people lost their lives when what was then the largest ship in the world went down on the fourth day of its maiden voyage. The Titanic was intentionally constructed to be able to withstand the perils of transatlantic ocean travel.

When things that seem so permanent can suddenly be so vulnerable, is it possible to have any sense of security in life? Easter has an answer to this question. It is expressed clearly in 1 Peter 1:3-5.

The New Testament letter of 1 Peter is written to Jewish Christians who have fled Jerusalem because of persecution and have scattered throughout many nations. Peter writes to offer encouragement and hope to those facing persecution as followers of Jesus Christ. He refers to them as “exiles” and that is no doubt exactly how they felt as they searched for places of safety.  They have lost their spiritual and physical homeland. They have lost their jobs and their extended families. In the face of such overwhelming loss, Peter speaks to them of what they have not lost:

“Blessed be the God and Father of our Lord Jesus Christ! By his great mercy he has given us a new birth into a living hope through the resurrection of Jesus Christ from the dead, and into an inheritance that is imperishable, undefiled, and unfading, kept in heaven for you,  who are being protected by the power of God through faith for a salvation ready to be revealed in the last time.”

What an Easter message for those who have lost so much: through the resurrection of Jesus you have been given an inheritance that is imperishable, undefiled, and unfading. Those three terms are each important in their own right. Imperishable means it cannot pass away. Undefiled means that it will never spoil. Unfading means that it will not diminish over time.

Our persecuted Christian ancestors have an Easter message for us today. Through their own vulnerability they were able to recognize that which could never be taken from them: a new birth into a living hope through the resurrection of Jesus Christ from the dead and an inheritance that is imperishable, undefiled, and unfading.

Thanks to Easter, nothing in the world can destroy our place in heaven. We have in our hearts a living hope. It cannot be destroyed, and it will never lose its power.

Merciful God, we are filled with grief when that which was thought to be permanent suddenly is so vulnerable. Turn our eyes to you, O Lord. Use the awareness of our vulnerability to awaken us to the hope in that which is imperishable, even Jesus Christ, our Risen Lord. Amen.

Alive Together in Christ,