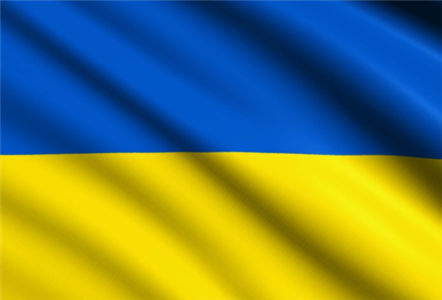 Guyton United Methodist Church is a small church with a big heart.

The congregation, which averages between 40-50 people a week in worship, recently raised 150 times that to support Ukrainian orphans.

Familiar with the ministry through former pastor Rev. Daryl Brown’s connection and his past mission trips to the country, the congregation gave generously to help Ukrainian children impacted by the Russian invasion of their country.

The effort was spearheaded by Richard Saxon, a veteran who served two tours in Vietnam.

“I have seen what war can do to people, especially to children,” he said.

Watching and reading the news, he couldn’t ignore what was happening in Ukraine.

“The Lord laid it on my heart that I needed to do something.”

After a conversation with Rev. Brown and Guyton UMC pastor Rev. Matt Waldron, Saxon pitched the idea to the congregation.

“I told them I had this heavy on my heart and that there were probably more orphans now than before the fighting started. I just laid it on them and said I’d be giving a donation and if anyone felt the way I do they could make one, too.”

Saxon said he really didn’t have a goal in mind, and was happily surprised when Rev. Waldron called him a few days later to tell him there had been an overwhelming response. Some members sent checks, others emptied their coin jars, and several donations came in from non-church members.

“When we’ve had needs within the church, people have always stepped up,” he said.

Along with funds provided by the district missions board, the congregation covered the cost of a new roof through a special offering and has worked to pay off the mortgage to a historic property, Beulah House, that the church purchased in 2006. The church is also active in the local Backpack Buddies program and has accounts set up to help local citizens pay their utility bills.

“I think when a real need has been communicated people are very willing to step in and help out,” Rev. Waldron said.

Saxon hopes that, through the sacrifice of generous Guyton UMC members, children in Ukraine are helped and know they’re loved and cared for.

“One of the things I always live by is, ‘with every opportunity there’s sacrifice.’ There was an opportunity to help, and our church members sacrificed and came through. I hope there’s some kid who has something to put on, maybe a diaper or some baby food to eat, that got there from Guyton United Methodist Church.”