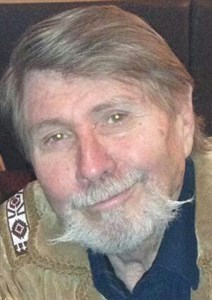 Historian Gary L. Roberts, a South Georgia United Methodist, has devoted more than 50 years to studying the 1864 Sand Creek Massacre, a battle in which United Methodist pastor-turned-commanding officer Colonel John Chivington led a regiment of the U.S. Cavalry in an attack on unsuspecting Cheyenne and Arapaho Indians.

Nearly 200 Indians were killed, many of them women, children, and the elderly. Col. Chivington and his men scalped and committed other atrocities on the dead.

At the 2016 General Conference session, which meets May 10-20 in Portland, Ore., delegates will receive a 173-page report written by Roberts titled “Remembering The Sand Creek Massacre: A Historical Review of Methodist Involvement, Influence, and Response.” It can also be found in Volume 2, Section 3, beginning on page 1233, of the Advance Daily Christian Advocate (ADCA). Click here to view the ADCA. Roberts will present the report at General Conference and discuss the conclusions he found while researching the project.

His report and presentation will help shed light on a dark spot in Methodist and American history.

A Tifton, Ga. native and member of Tifton First United Methodist Church, Roberts began researching the Sand Creek Massacre as an undergraduate in 1964. Knowing his interest in the American West, a professor encouraged Roberts to write his research paper on the battle, which took place in the southeastern part of the Colorado Territory.

“He knew my interest in the West and said that we didn’t need another research paper on Chickamauga or Gettysburg,” Roberts said. “So I’ve been involved in one way or another with Sand Creek ever since.”

A retired history professor at Abraham Baldwin Agricultural College in Tifton, Ga., Roberts did his doctoral dissertation on the Sand Creek Massacre at the University of Oklahoma and has continued investigating it through the decades, getting to know Cheyenne and Arapaho leaders in the process.

Chosen to write the report for General Conference by a committee co-chaired by Mountain Sky Episcopal Area Bishop Elaine J.W. Stanovsky and Otto Braided Hair Jr., a Northern Cheyenne descendent of Sand Creek Massacre survivors, Roberts said that being a United Methodist was irrelevant to the work he did in producing the report.

“Members of the (Cheyenne and Arapaho) tribes and a couple of other historians on the committee knew my work and that I have been working on Sand Creek for a very long time, and they are the ones who recommended me for the task,” he said. “They based it on the fact that I have probably studied Sand Creek longer than anybody else.”

Though he has studied the Sand Creek Massacre for more than 50 years, before researching and writing this report Roberts didn’t have a deep historical knowledge of the history and evolution of The United Methodist Church in the United States.

His goal, as he studied and wrote, was always to look at the facts and to find out what happened.

“My intent was to look at this from a purely historical perspective. I am a historian; I am not a theologian.”

Part of his work in writing the report was to delve into Col. Chivington’s character and find out his role and motivations, learn of Governor of the Territory of Colorado John Evans’ responsibility, and to find out the Methodist Church’s role in the Massacre.

Roberts' conclusion is that both Col. Chivington and Gov. Evans were responsible for the Sand Creek Massacre, but that the Church’s responsibility is harder to articulate.

“The Church reflected the attitudes of the people that were around them,” he said. “In other words, they shared the fears and the prejudices of the members of their congregations and the other citizens of Colorado, and so they rationalized what happened.”

Researching and writing about a subject as complex and intense as the Sand Creek Massacre raises as many questions as it answers, and the issues that people of that generation faced are ones people still face today: fear, ambition, and racism.

As a man of faith, Roberts learned a great deal about The United Methodist Church and what he holds dear, and it has reinforced in him the belief that the Church needs to return to the core principles of the faith.

“There’s a difference between a spiritual life and what you might call a religious life. You could be a religious person and not be very spiritual at all. That was one of John Evans’ problems.”

While Roberts stressed that it wasn’t his role to tell The United Methodist Church how it should respond or react – he says his opinion is stated pretty clearly in the report, however – he does believe that lessons can be learned from the Sand Creek Massacre.

“We aren’t called to reflect society’s values or popular opinion,” he said. “It’s not hard to figure out what we’re supposed to do. If we read Micah, the Lord has already told us what is good, and this is what he requires: to do what is right, to love mercy, to walk humbly with your God.”

Doing what is right is pretty simple, Roberts said.

“Love God and love others. That’s where the gospel starts, and everything we do as a Church ought to proceed from those two things. We are called to live lives where we love God and are mindful of others and care about and respect and involve them.”