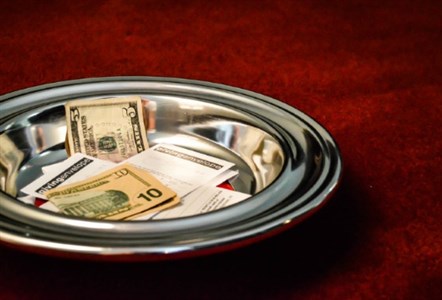 The 2021 financial books have closed, and the story is much the same as last year.

United Methodist churches in the South Georgia Conference paid 85.16 percent for total 2021 giving, compared to 2020’s 84.21 percent, according to the unaudited figures.

That translates to $7.5 million of the Conference’s $8.8 million total budget for the year for church ministries, missions, and programming across the conference’s six districts. The Conference spent nearly 78.5 percent, or $6,912,970.

“The strength of our connection continues to be high,” he said. “In the midst of the stress in the denomination, the fact that churches are continuing to support our shared ministry is pretty encouraging.”

Dr. McAleer recognizes that, while worship attendance has suffered because of the ongoing pandemic, most South Georgia United Methodists continue to give faithfully.

“People are still very connected to their congregations,” he said. “It does appear that people who are not physically attending still feel a connection and are still supporting (their local church), for which we give thanks.”