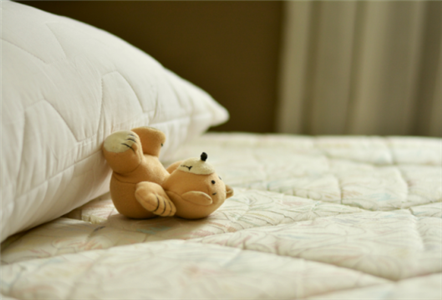 Every child needs a bed.

The church’s bed ministry, launched in December, aims to give children without beds a good night’s sleep by providing them with new beds and bedding, said Bill Tinsley, Waynesboro First UMC’s chair of missions.

“If there are children in our community who have to sleep on the floor, what are we doing? As a church, if we’re not meeting the needs of our children, there’s something going wrong.”

Inspired by the work of ReStart Augusta, an Augusta-area nonprofit that provides new or gently used beds and bedding to children, families, and veterans, a handful of men at Waynesboro First UMC looked around Burke County and were startled by what they saw.

“Once you’re told how many kids there are who don’t have beds it’s so obvious,” said Waynesboro First UMC member Bo Blanchard.

The four friends who founded the ministry are regular guys who want to let kids know they’re loved, Blanchard said.

“We’re just four dudes who get together and have breakfast every now and then. We text to cheer each other up when we’re down and try to knock each other down when we’re up,” he laughed. “We just want to exude what Jesus did while he was here on earth – being kind and showing love.”

They’re showing that love one two-by-four at a time. Instead of buying beds, they’re building them. One of the members, an avid woodworker, found plans online and built a simple bedframe. The others joined in and, so far, they’ve built six beds.

Generous church members quickly jumped on board and purchased six brand-new mattresses, pillows, and bedding sets. In mid-December, about a week before Christmas, three twin-size beds were delivered to a Waynesboro family.

The new beds replaced an old hospital bed and a metal bunkbed that was broken and dangerous, Tinsley said.

As parents, the group understands the importance of sleep and knows the correlation between sleep and behavior and performance in school.

“We’re aiming to help children,” Tinsley said. “We’re not building queen-size beds. Our hearts are led to help children. We knew there were needs here and we want to take care of the people in our community.”

“It’s incredible the impact a church that sees beyond its walls can have and how a simple item like a bed, which we take for granted many times, can show the love of God to others,” he said.

“The connections go beyond the beds. Praying over the family is also very important and a reminder that there is rest for everyone in Christ.”

The ministry is working with local agencies, the local police department, the Burke County Sheriff’s Office, and the Division of Family and Children Services to learn of children who need beds and new bedding. It’s been slow going thus far, but Tinsley hopes the ministry can reach more families and children.

More than anything, they want children to know they’re loved and cared for by God and others.

“In a perfect world, no children would have to sleep on the floor,” Tinsley said. “If we can spread God’s love by providing a comfortable and secure bed to sleep in where they can snuggle up at night, that’s God’s embrace.”