Virtual or in person, this year’s charge conferences look different 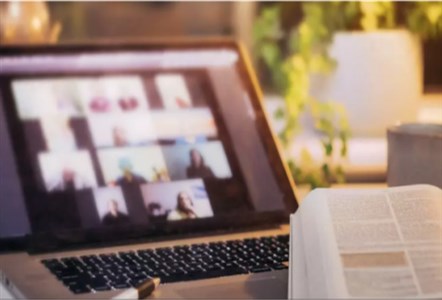 In a year where nearly everything has had to be re-evaluated, reimagined, and revamped, not much is exempt. Not even the oh-so-Methodist of meetings, the charge conference.

Charge conferences are annual meetings with church leaders and their district superintendent to review the business and mission of the local church. They review the previous year of ministry, complete essential church business, and affirm goals for the coming year.

While essential business meetings, charge conferences are also a time to celebrate the congregations and their ministries, said Rev. Craig Hutto, who serves as Superintendent of the North Central District.

This year, though, because of the global novel coronavirus pandemic, the meetings had to be rethought and reconfigured.

As a first-year district superintendent, it was important to Rev. Hutto that he hold individual charge conferences. With 91 churches and 62 charges, he’s been on the road a lot, meeting with pastors and congregations from the end of August through the end of November.

“I felt like it’s important for me as a district superintendent to get into as many churches as possible and to meet as many of the folks as possible,” he said. “It may not be the most economical way to do it, but I am making those connections which I think is very important, especially in my first year.”

While they’re meeting face to face, proper precautions are being taken, Rev. Hutto said. Masks are being worn and those who are gathering are social distancing. Crowds have been small – between three and 30 – and he’s conducted several outdoor charge conferences.

He did host two virtual charge conferences, but said that as a first-year superintendent, meeting in-person was a priority, even with the adjustments.

“The crowds are smaller, but they are so appreciative that their superintendent is making that effort to be in their local church.”

Held on a Sunday afternoon via Zoom, more than 500 participated.

“For safety’s sake, this was the wise way to do it,” he said. “We didn’t think it would be wise to bring groups of people together.”

Thrilled at the turnout, Rev. Thompson said future meetings will always need to include a virtual option.

While the fellowship – the koinonia – was missed and can’t be replicated digitally, Rev. Thompson said he and others have learned valuable lessons.

“We’ve learned that being a church doesn’t necessarily mean a building. And while it’s good to have a place to gather together, we are still the church even without that,” he said. “This is a new normal, a new reality. This virtual space is forever with us as long as we have electricity. We don’t need to go back.”

Across the state, Rev. Steve Patton, superintendent of the Northwest District, held eight cluster charge conferences via Zoom. It’s not something he looks forward to repeating.

Business was accomplished, but he and his congregations would much prefer to meet in person, he said.

The conference’s successful virtual annual conference session helped set the table – and set expectations – for virtual charge conferences. People are still wary of traveling and being in large groups, and the virtual format gave them the ability to meet without being face to face.

Intentional about not trying to re-create a live, in-person experience, each of the eight cluster charge conferences averaged about 40 minutes. Between six and 10 churches participated in each. Robert Anderson, Northwest District lay leader, was also in attendance at each charge conference.

The conferences were positive and encouraging, Rev. Patton said. With a theme of “Pressing On” based on Paul’s admonition to the Philippians, one pastor from each cluster shared specific examples how they, the church, or their community had pressed on during the pandemic.

“That was the highlight of the conferences for me and was for a lot of people as well,” he said.

While the coronavirus pandemic has caused everyone to change plans and pivot, it’s also caused many to remember their blessings and give thanks.