“We now know that the Traditional Plan petitions that were believed to be constitutional are, in fact, constitutional. We also know that the denomination now has a disaffiliation plan for local churches,” Bishop Bryan said. “This clarity is helpful for us as we prepare for annual conference in June.”

“My prayer is that we can move forward and direct our energies toward making disciples of Jesus Christ for the transformation of the world,” Bishop Bryan said.

Click here for a UMNS summary of the Judicial Council’s rulings.

The Judicial Council decisions can be found in their entirety at: 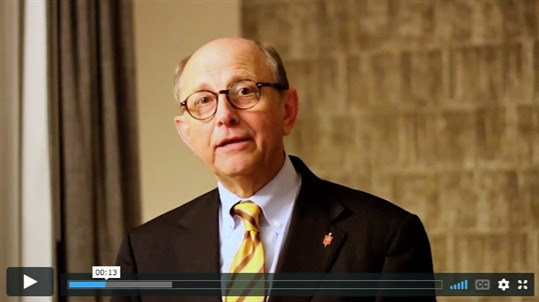 What was the outcome of the 2019 called General Conference Session, and what does this mean for my local church?
A majority of the delegates (438 to 384) approved what it is known as The Traditional Plan. The Traditional Plan keeps the current language around sexuality and increases accountability by streamlining the processes to enforce penalties for violations of The Book of Discipline related to marriage and ordination of LGBTQI persons. The delegates also voted to ask the Judicial Council to review the constitutionality of the approved legislation. The Traditional Plan is what our local churches have been operating under for many years, and normal operations will continue without interruption.

The special called session of General Conference began with prayer and ended with protest.

After three years of preparation, planning, and prayer, the 864 clergy and lay delegates who gathered Feb. 23-26 at The Dome at America’s Center in St. Louis, Mo. passed an amended Traditional Plan 438 to 384.

The Traditional Plan keeps the church’s current language around sexuality and increases accountability by streamlining the processes to enforce penalties for violations of The Book of Discipline related to marriage and ordination of LGBTQI persons. The delegates also voted to ask the Judicial Council to review the constitutionality of the approved legislation. The Judicial Council, the church’s top court, will next meet April 23-26 in Evanston, Ill.

“The General Conference has spoken once again,” said Bill Hatcher, head of South Georgia’s delegation and a member of Statesboro First United Methodist Church. “The present language of The Book of Discipline remains unchanged. Marriage is still defined by our church as a union between one man and one woman. … While there is much division and heartbreak in the U.S. church, we must move forward and love and care for all of our members.”

Bishop Lawson Bryan acknowledged that people within the denomination and conference have differing thoughts about the outcome: some are relieved, some are confused, and others are grieving.

But, he said, no matter the votes or decisions made at General Conference, the South Georgia Conference is still – and always will be – one that loves and welcomes all God’s children.

“This is the time to move from focusing on plans to truly focusing on people,” he said in a video immediately following General Conference’s conclusion.

“Whatever you are feeling right now, there is a place for you in the South Georgia Conference. Move toward those around you, let them know you care for them, and give them the opportunity to care for you.”

In addition to passing the Traditional Plan, delegates also approved two Wespath pension petitions and a disaffiliation, or an “exit plan,” petition, via a minority report.

The pension petitions state that churches that decide to leave the denomination must pay their fair share of pension liability and that exiting clergy may retain their pension but it is converted to limit further liability to the conference.

The disaffiliation plan, if ruled constitutional by the Judicial Council, would allow for local churches to exit with their property and assets if two-thirds of the members vote to do so and if they pay one year’s worth of apportionments and they care for pension
liabilities.

Care for One Another
First, let us take time to care for each other. Since 2016 we have prayed, studied, held district meetings, and taken many other actions to consider the various Way Forward plans that were proposed. After three years, it is understandable that many of us may feel somewhat drained. Some are feeling relieved that it is over and a decision has been made. Others may be a bit confused and need time to reflect on the outcome. And there will be others who were hoping for another of the plans to be approved and therefore are experiencing grief over the outcome. This is the time to move from focusing on plans to truly focusing on people. Whatever you are feeling right now, there is a place for you in the South Georgia Conference. Move toward those around you, let them know you care for them, and give them the opportunity to care for you. ​

Be the Church
Second, make a conscious effort to be in worship this Sunday and the seven Sundays from March 10 to April 21 (Lent and Easter). Something happens to us when we are together with brothers and sisters in worship, when Jesus is present as he has promised to be, that we can't make happen any other way. ​

Ask The UMC: What happened at General Conference?

Amid growing concerns for the denomination’s future, the 2016 General Conference authorized the formation of a commission to deal with church teachings on homosexuality and find ways to help the church stay together. The Commission on a Way Forward submitted proposals that were considered by the delegates at the 2019 special called General Conference.

Delegates to General Conference include equal numbers of lay and clergy members elected by annual conferences around the world.  Bishops preside and facilitate the work of the delegates, but do not vote. The General Conference is the only body that approves church policy and speaks officially for the denomination.

What was decided by General Conference?
The General Conference delegates passed by a 438-384 vote the Traditional Plan, which retains restrictions against “self-avowed practicing homosexual” clergy and officiating at or hosting same-sex marriage ceremonies and requires stricter enforcement for violations of church law.

The Traditional Plan was one of the plans that came out of the work of the special commission. The One Church Plan, which would have left questions of marriage up to individual churches and clergy, and ordination requirements up to conferences, was defeated.

The Traditional Plan as approved includes:

The delegates also approved an exit plan for churches that want to leave the denomination with their property.  Local churches that elect to leave must pay unpaid apportionments and pension liabilities.

Two petitions were approved to deal with the pension liabilities of departing churches and the accrued benefits of departing clergy. One requires that any local church that withdraws or is closed must pay, at a minimum, its fair share of unfunded pension liability for their annual conference. Delegates amended the legislation to say “nothing in the forgoing would prevent annual conferences collecting other obligations from local churches.”

The other petition spells out that any clergy members who end their relationship with a conference will be treated as “terminated vested” participants, meaning their accrued benefits would be safe and converted to an individual account balance.

In addition, delegates approved a timeline for 2019 legislation to take effect in church regions in Africa, Europe and the Philippines 12 months after the 2020 General Conference.

Where can I read the plan that passed?
The approved legislation and amendments are available at http://umc.org/calms.

Summaries, overviews and other resources about the Traditional Plan and each of the other proposals is available on the 2019 General Conference website.

The Judicial Council ruled that certain portions of the plan strayed from the constitution on matters of due process and by elevating adherence to requirements related to homosexuality above all other requirements. Those portions deal with bishop accountability and responsibilities, composition of boards of ordained ministry and the examination of candidates for ministry by the boards of ordained ministry.

In Decision 1377, the church court also identified constitutional problems in legislation dealing with the exit of churches from the denomination.

Delegates amended a Traditional Plan petition dealing with board of ordained ministry nominees as well as the exit plan petition. It’s up to the Judicial Council to determine if the amendments resolve the constitutional problems.

When will changes take effect?
The legislation takes effect Jan. 1, 2020 for churches in the U.S. and 12 months after the 2020 General Conference for churches outside the U.S. Any portions of the plan ruled unconstitutional will not take effect.

How did each delegate vote?
Delegates vote by secret ballot. The voting system generates final results based on a tally of all valid votes. There is no record of how individuals vote. This is to protect all delegates so they can vote their own conscience.

The number of delegates was set at 864 — about 58 percent (504) from the United States and 30 percent (260) from Africa. The remaining delegates (90) are from the Philippines, Europe and Eurasia as well as 10 from “concordat” churches with which The United Methodist Church has formal relationships.  Thirty-one delegates were absent during General Conference, mostly because they could not obtain visas.

What is the best way for me to express my concerns or support regarding these decisions?
What if I have other questions?
Share your thoughts, feelings and questions with your pastor or district superintendent. They are best equipped to have conversations and offer guidance for your particular congregation.

Ask The UMC responds to questions every day and can help you find answers or the best contact.

Have questions? Ask The UMC or find a pastor near you to talk with. And check out other recent Q&As.

This content was produced by Ask The UMC, a ministry of United Methodist Communications. First published March 12, 2019.

“We continue to teach and believe that all persons are welcomed in the church, all persons are persons of sacred worth and we welcome all to receive the ministry of Jesus. Human sexuality is a topic on which people of faith have differing views,” said Bishop Ken Carter, president of the Council of Bishops, after the conference ended. “Despite our differences, we will continue to work together to make disciples of Jesus Christ for the transformation of the world and share God’s love with all people.”

General Conference is the top policy-making body of The United Methodist Church. The assembly meets at the beginning of each quadrennium to consider revisions to church law, as well as adopt resolutions on current moral, social, public policy and economic issues. It also approves plans and budgets for church-wide programs for the next four years. A special session of the General Conference has been called for February 23-26, 2019, and will meet at the America's Center in St. Louis, Missouri. Click here for more information about the called General Conference session.

The Annual Conference
The regional, organizational unit of The United Methodist Church, as well as the yearly meeting of that unit, both presided over by a bishop. The business session is composed of equal numbers of clergy and laity, with at least one layperson from each pastoral charge. We are a part of the South Georgia Annual Conference.

The Constitution
This is the fundamental constituting and legal document of The United Methodist Church. It establishes the basic outline for the organization of the denomination as well as establishing the office and role of the bishop. The Constitution can only be amended by 2/3 approval of The General Conference AND 2/3 approval of the aggregate vote of all annual conferences.

The Judicial Council
Nine persons, both lay and clergy, elected by General Conference who rule on questions of constitutionality in church law and practice.